When it comes to validating generated ideas, design thinkers are legitimate masters. They practice several prototyping techniques that help delve deeper into the questions that need to be observed at the creation of a new product or service.

In this post you will come to understand the power of role-playing: it’s able to show that a particular type of approach is inadequate for a certain type of user. When dealing with human interactions, this tool discovers qualitative information that cannot be extracted solely by the use of logical reasoning, and that this is only revealed when the expected innovation is made tangible. See how to apply role-playing in Design Thinking.

It’s an improvised simulation of a situation that can represent anything, from the interaction between a person and a machine, to a simple dialogue between people to enact the aspects of a service.

How is it used?

Select either a group or at least two people to participate in the role-playing activity. It’s important to have dialogues and all participants must allow themselves to improvise and behave in the most natural manner possible.

Every “actor” selected is given a role, for example, a call-center operator registering a complaint from an unsatisfied customer. Objects may be used to obtain an experience or to create a scenario in such a way that the actions and interactions are not only between the actors, but also between the objects. Just like a theater performance, role-playing has no limits: you need to use your imagination!

Case – Role-playing and the ATM of the future

In a project that sought to generate innovation in ATM machines, a co-creation workshop was held with 23 employees of a bank. In the three-hour dynamic activity, participants had the opportunity to get to know the content produced during the previous workshops with actual users, as well as share individual expectations as the project was being initiated.

After watching an awareness video with some questions about the role played by the ATM machine today, warm-up and bonding activities were carried out and the collaborative dynamic activities began.

For the first activity, participants were divided into four groups and received a number of cards. Each card related to a video clip that contained an idea, a need or a case that someone mentioned during the previous workshops. The groups watched the videos, analyzed them and wrote down their thoughts and insights on the cards.

With this material in hand, they created categories and identified the relations between the different notes on each card, which aimed to identify challenges, problems, opportunities and needs for the ATM of the future, and this analysis was shared with the other groups.

Then, participants were introduced to the three pillars of a loving relationship proposed by the researcher Robert Sternberg (Sternberg, 2006), and it was suggested that they use this to create solutions for the ATM that would ‘wow’ the customer.

The solutions were presented as stories and role-playing activities carried out by the participants. Each group chose a person to represent the ATM, the customer, and an alternative contact point for the solution. The other participants were the ‘theater directors’ and thought about the solutions (features and services) that would transform the current customer’s experience of using the ATM machine. 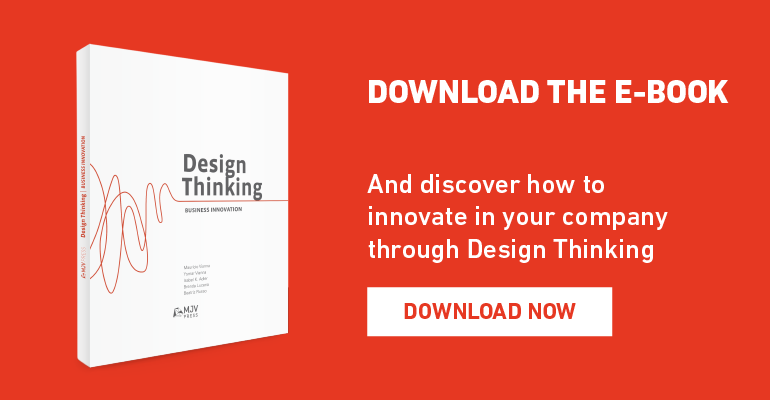