According to the UN, the world’s population will reach 8.3 billion people by 2030. This will result in a staggering increase in demand for electricity, water, clean air and, of course, services; possibly resulting in an increase in crime, and a wide range of challenges to be addressed and solved.

Innovation is what big cities are betting on to adapt to this reality that is structured around the current challenges imposed by the intensive and disorganized urbanization process that they have undergone in the last two centuries.

This innovation for big cities is the Smart Cities concept.

In Los Angeles, police introduced Big Data in their routine to help solve crimes. Patrol cars running around the city now have cameras connected to a license plate reading program, this allows the history of all cars they come across to be pulled up; this provides the officer with real-time information such as whether a particular vehicle has been stolen or if the owner has an arrest warrant. The program can analyze up to tens of thousands of license plates in a single day.

This information is then sent to a data mining system which acts as a digital version of a federal agent. The information is combined with a database of over one hundred million data points, from different sources, which results in an impressive information map of a single suspect. It is possible to know where he goes (through the license plate recognition done earlier), criminal records, cell phone records and people connected to him, as well as current and past residential addresses. The police department no longer needs to search all over town – they know where the suspect is going.

Another urgent problem for big cities is waste processing: it is expensive, difficult and does not seem to stop growing. In Brazil alone, the UN estimates that 80 thousand tons of solid urban waste is disposed inadequately every day.In the US, where 55 billion dollars are spent annually on urban waste disposal, a street trashcan is revolutionizing waste processing, reducing pollution and saving millions of dollars in the process.
The solution adopted by many cities in the world, but more extensively and significantly in Philadelphia, combines the use of solar panels, IoT (Internet of Things) and waste compression.

The trash can automatically compacts the residues placed inside it, allowing the device to hold a volume 5x larger than a traditional trash can. When full, it sends out a warning to a specific website to inform that it needs to be emptied. This has optimized the collection service, dramatically reducing the amount of street incursions and the number of employees fulfilling this role. Currently, the surplus of employees is used in recycling. The end result is US$ 1 million in savings every year for the city.
With solar panels, a trash can like this works for an entire year using the same amount of energy required for a garbage truck to run just over 1.5 km. Less pollution, less traffic, less money spent on fuel.

In NY, innovations brought by smart cities promise to boost local establishments. visual recognition technologies are being installed on posts around town and they count every pedestrian that walks past them on the streets. Those responsible for the initiative argue that in order to better serve the population, they need to understand the dynamics of the city’s most popular form of transportation (more than 60% of the population moves through the city on foot or on public transport).

The system accounts for more than 10 million people every day and can even tell you how many people are in each building in the perimeter covered by the cameras. Authorities are already passing on such information to small business owners through an online atlas that maps businesses in the region. And there is still the possibility for data migration through apps: you could be warned that today is a good day to go to the restaurant you have wanted to go for so long, but it is always packed. If we think about daily movement in establishments such as pharmacies and supermarkets, this will mean less time spent in queues.

However, smart cities don’t rely on innovation alone. In 2014, MJV took part in an urbanization project in Gavea, Rio de Janeiro, the Puig Project, an urban park developed for smart cities that integrates technological development and social development to increase society’s quality of life and well-being.

For one week, big business managers along with students from PUC and Aalto University, from Finland, worked on the following challenges: smart mobility, social inclusion, development and preservation of the neighborhood’s cultural, historical and environmental heritage, as well as public safety. They all involved the Design Thinking stages (immersion, ideation, analysis and synthesis and prototyping) and were closely monitored by experienced Brazilian and Finnish teachers.

Standing out in terms of innovation in management of large cities, Rio de Janeiro was the winner of the World Smart City 2013 prize, which is presented annually by the organizers of the Smart City Expo in Barcelona. The city also reached first place in the Connected Smart Cities 2015 ranking, a national event that connects Brazilian cities, and emphasizes on Economics, Technology and Innovation, Entrepreneurship, Mobility, Environment, Education and Health; moreover, it hosted the event in 2016. The event has business rounds and promotes sharing of ideas between governments and companies.

One of the initiative ideas already implemented in Brazil is a social network for social responsibility that allows citizens to keep an eye on problems, suggest improvements and evaluate urban public services on a computer or on a smartphone; on the other hand, governments and businesses have access to a management platform to help meet and solve any demands, involving people in the decision-making process.

As for urban displacement, a community of public transport users was created, it feeds a collaborative information system on the transport grid, helping users, companies and government agencies access the grid’s status in real-time.

The United Nations reports that approximately three quarters of the European population, and eight in every ten people in North and South America lives in cities. The big question is whether technology will be able to accommodate everyone. Experts see smart cities as a hybrid between the digital and the physical worlds, resulting in an increased urban reality.

Smartphones are essential – by 2017 Cisco believes that the increase in global mobile traffic will exceed data traffic on fixed networks by three times as much. Chaos, almost always associated with life in big cities, can give way to organization. All it takes is to know who will be the pioneers who will develop the necessary technologies. 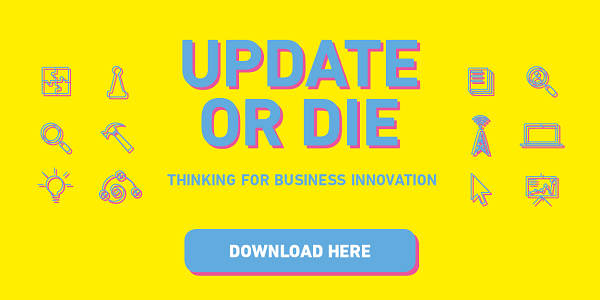