The health of employees has great influence on their productivity, and gamification can help keep them healthy. The innovative game mechanics – with awards, virtual medals, rankings, among other stimuli – help motivate players transform their habits and lead a healthier lifestyle. Companies can obtain better results when they are aware of the importance of encouraging a healthy lifestyle for their employees.

In 2015, this issue was on the agenda of the Conference on Impacts of Health in Productivity, promoted by the American Chamber of Commerce (AMCHAM) and the American Section of the Brazil – US Business Council (CEBEU). During the meeting, the relationship between health, chronic noncommunicable diseases (CNCDs), productivity and economic development was discussed. According to the representative of the business council, Renata Vasconcelos, investments in health have great impacts on the economic development of the country:

“Someone who has a chronic illness is unable to be 100% productive at work. He is often absent and can be forced to retire early”

A study by the Brazil – U.S. Business Council and U.S. Chamber of Commerce showed that most of the countries surveyed faced common challenges that impacted productivity and early retirement. The population is aging in different ways and speeds; there is already a high incidence of chronic noncommunicable diseases (CNCDs), such as heart and respiratory diseases, cancer and diabetes, and several risk factors that contribute to the future rates of CNCDs, which are already at alarming levels.

All this leads to a decrease in the economically active population and affects the health status of workers. Aging, chronic illnesses and their risk factors imply high costs for employers, governments and individuals, and the tendency is for these costs to increase even more in the future. According to the study, Brazil’s losses will reach 8.7% of its GDP in 2030. The study took into account the work time lost due to early retirement caused by health problems, unplanned absences (absenteeism), and loss of productivity during the working day (presentism).

If you don’t pay close attention to chronic illnesses, they could lead to serious complications in the long run, which would lead to high medical costs and a drop in the patient’s quality of life. This scenario made an insurance company realize that there is a need for innovative action to prevent these problems.

With this in mind, MJV designed Innovation For Health & Wellbeing, a set of activities based on gamification that insurance companies should promote to the employees of its client companies. The goal was to raise awareness of the dangers of chronic diseases due to a sedentary lifestyle and a poor diet.

As in a game, the activity sought to reward the group that ended up having a more meaningful change of behavior towards a healthier lifestyle. The parameter used to measure the degree of change was weight, because it is easy to control and measure.

So, a different and quick activity was planned for each day. In addition, in order to stimulate participants, several graphic items were made available, such as posters, a large magnetic board and booklets with tips and instructions on how to improve their habits in the work environment. In the end, the team that lost the highest percentage of weight won a prize. 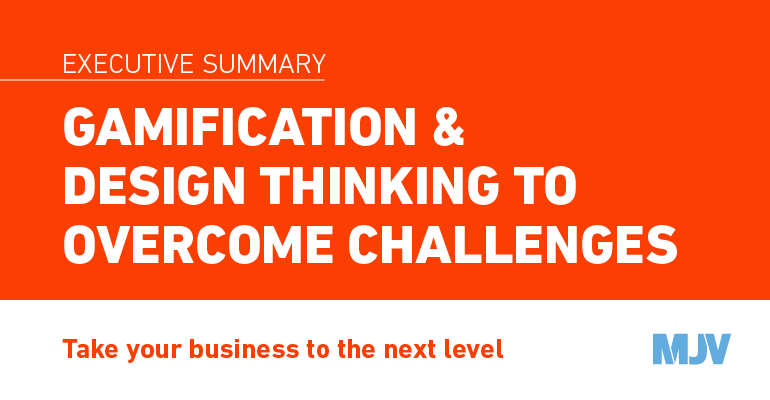